The residents of Playa Blanca are interested in Brexit 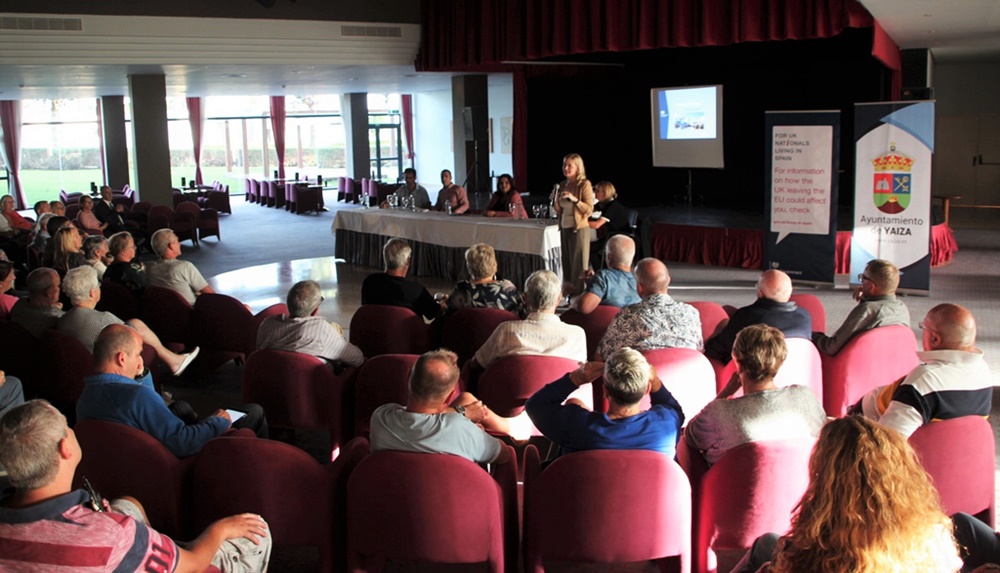 The British Consulate, the National Police and the Yaiza City Council are responding about how it could affect British citizens

The mayor of Yaiza, Oscar Noda, thanked the British Consulate in Las Palmas de Gran Canaria and the Immigration Department of the National Police for their participation, together with the Municipality of Yaiza, in an interesting talk about the ‘Brexit’ held on Wednesday at the location of Playa Blanca, where the great majority of British citizens living in the municipality reside. The high participation confirms that the departure of the United Kingdom from the European Union continues to cause many concerns among the British community.

Representatives of the three convening entities resolved questions from the assistance on how an end that could disturb Europe and beyond its borders could affect them. For information on how the UK leaving the EU could affect you, check