Torres calls for a final effort to overcome the pandemic 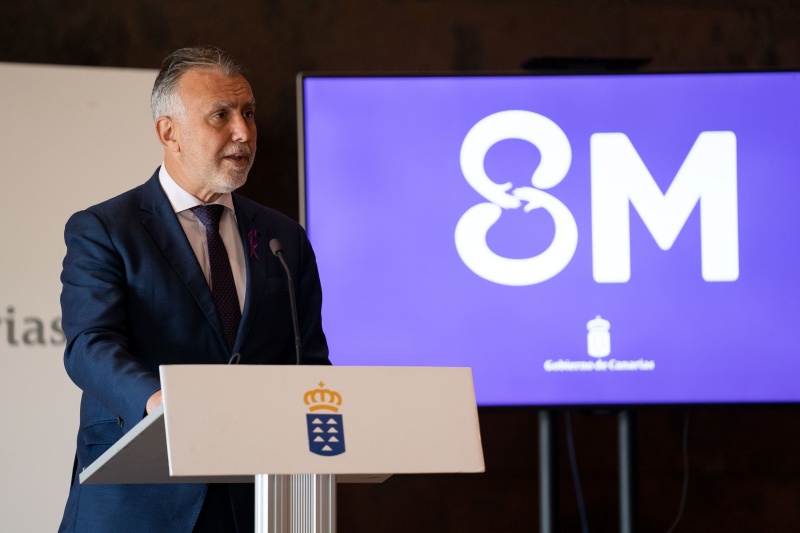 The president of the Canary Islands, Ángel Víctor Torres, praised yesterday the general behavior of the island society in the face of the COVID-19 pandemic because, “for the most part, it is doing well and complies with the curfews and the rest of the regulations “. However, he insisted on his message of maximum responsibility in the coming weeks and months to avoid a fourth wave, and admitted that there is always some irresponsible person who breaches the restrictions, “before which it is only possible that the full weight of the law and of security forces “.

After the reading of the institutional declaration of the Government of the Canary Islands for International Women’s Day at the headquarters of the Presidency in Santa Cruz de Tenerife and before an act on sportswomen in the same framework, the head of the regional Executive offered some statements to the media in which he asked the canaries to never believe “that this is won. When the spikes in infections occur it is because we enjoy the rest stages, as happened in summer or Christmas and how this Easter can pass , which would be a big mistake. The pandemic still kills and, although we are doing better in vaccination, we are still far from immunizing the majority of the population of the Canary Islands, “he warned.

Torres explained that the Canary Islands’ response to the pandemic has been based since last August on restrictive mobility and access measures at different times and on islands, “with an unprecedented tourist decree in Spain that requires bringing a health security certificate to stay in a hotel and that it has worked well. ” “This has allowed – he indicated – to obtain the most favorable data in the country, and we have put curfews at 11:00 p.m. or 10:00 p.m., compared to other Spanish communities that, due to their much higher incidences, have been forced to close the restoration , something that has not been necessary here. There are regions that are now opening restaurants, but until 5:00 p.m., a decision that we have not had to make here because we have been controlling the pandemic well. It is evident that,

If it is confirmed that the Interterritorial Health Council decides this Wednesday to close perimeter the different regions of mainland Spain, Torres is clear that tourism at Easter in the Archipelago will be limited to residents of the Canary Islands, always depending on the levels in each island and the foreigners who arrive with these certificates. Of course, he considers that the advisable thing now is to continue to control the virus to the maximum “and take firm steps to regain normality. For this reason, he insists that “you do not have to run to try to have the best in two weeks if this way the pandemic worsens.”

European tourists want to come to the Canary Islands

The president stressed that the will of the regional government is to lower than 50 infections per 100,000 inhabitants, but reiterated that, before Easter, his government will make decisions that toughen measures to avoid a fourth wave. “We want to have 70% of our population immunized as soon as possible because that is how we are convinced that economic recovery will come. We must think about the next winter season and be clear that the German, British, Nordic and Central European markets want to come to the Canary Islands because we are doing things well and we have low accumulated infection rates. These first six months of 2021 will be tough, but in winter our expectations are set to recover in the second part of the year and in 2022. Things are going well and therefore ,

Torres said that, “since March 14, 2020, we are in the life of sacrifice, but already in confinement I said that the doors of hope would open, we would see the light at the end of the tunnel and we already have 60,000 canaries with double dose of the vaccine, which means that its chance of survival is 100%. This is the way and, together with this, we will recover the economy. ” Of course, he stressed that, until now, the response in the Islands has been consistent with the development of the pandemic. “Although there have been restrictions, we have been able to maintain an economic normality in the Canary Islands greater than the rest of the regions in shops, restaurants and day to day.”