Torres satisfied with the EU agreement 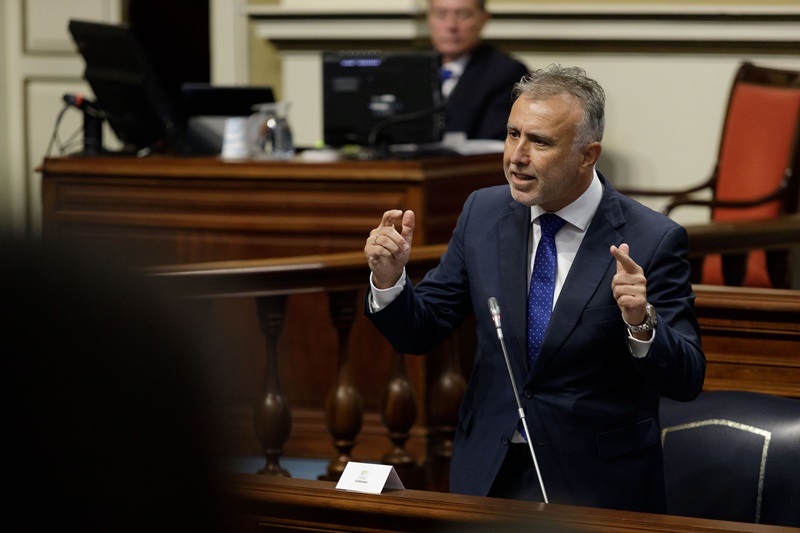 The President of the Government of the Canary Islands, Ángel Víctor Torres, was “very happy” on Tuesday with the agreement of the leaders of the European Union (EU) after four days of negotiations in Brussels to create a fund of 750,000 million euros for overcome the coronavirus crisis, of which some 140,000 million euros will be used to finance reforms and investments in Spain.

Torres stressed that the negotiation has paid off “after a weekend in which it was thought that” he was going to stay on the table “and should have waited until the end of August, for which he claimed to be” very happy “that the agreement has been reached which, he admitted,” could have been quite worse “but also” better “.

Although, after the ‘intransigence’ of the northern European states “in some postulates on conditionality”, he pointed out in an interview with Cope Canarias collected by Europa Press, “it is true what the President of the Government of Spain says that he is the first time that economically important European funds “Europe allocates them to the states” through transfers, in a non-refundable basis, without conditionality “, making it” a historic milestone “.

In the case of the Canary Islands, he clarified that he had two agreements, one as a community within a European region and the other as an outermost region (RUP), an issue that “was complicated” and in the case of the RUP, they had to “fight for hours” to go ahead with an agreement, with which he is “especially satisfied” because 85 percent of the co-financing has been obtained, “something that was not” last week, which was at 80 percent.

To this is added that the Canary Islands will also receive “a special fund” of 70 million euros in 2020 for a distribution per capita, while the archipelago will have 147 million euros from the European Regional Development Fund (FEDER) in the next multiannual period 2021 / 2027.

Regarding POSEI, he indicated that “the final document is missing” although they have been told that there will be a decrease in the amount but that “it is small, so most of the funds will be saved.”