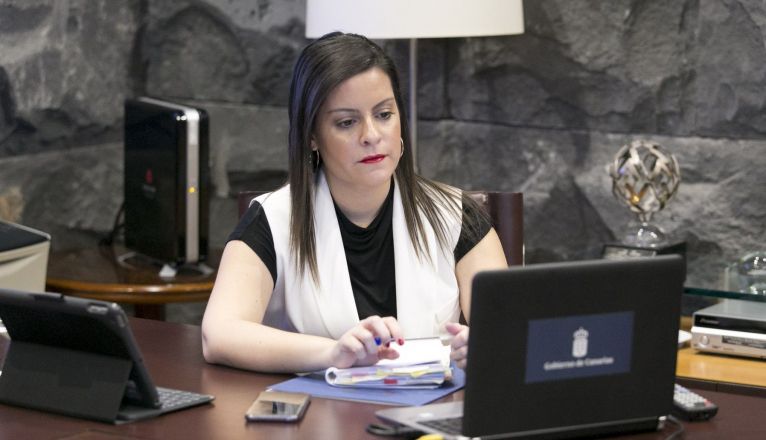 The Minister of Tourism, Industry and Commerce of the Government of the Canary Islands, Yaiza Castilla, has regretted the decision of the German Government to include the Canary Islands among the destinations at risk due to the increase in infections and has indicated that it is “essential to toughen restrictive measures and the controls “in the islands to” redirect the situation in the next four weeks . In addition, she has asked “the firm commitment of the entire population, which must be aware that almost one in every two jobs depends directly or indirectly on tourism, not counting all the induced employment generated by this activity in the Canary Islands.”

Regarding Germany’s decision, Castilla has stated that “it will undoubtedly entail a clear decrease in the demand for trips to the Canary Islands, although not as drastic as in the case of the United Kingdom” , since at the moment there is no It requires a 15-day quarantine upon return, and it can be replaced by carrying out a test that verifies that one is free of the virus and in any case waiting in home quarantine until the result.

However, and as the Minister of Tourism from the German Embassy in Spain announced these days, this requirement will be replaced predictably from the beginning of October by the mandatory quarantine.

Sebastian Ebel, CEO of the largest tour operator in the world TUI, announced this week in Las Palmas in a meeting with the President of the Canary Islands and the Minister of Tourism that this decision of the German Government with respect to the Canary Islands will mean a priori decrease in its billing And, although it will maintain some operations with the islands, it appealed to the urgency of redirecting this situation before October, given the fact that the Canary Islands are the only viable alternative of sun and beach destination for this winter for the European market.

In the same terms, Magnus Wikner, CEO of Nordic Leisure Travel Group, the main tour operator in Scandinavia, spoke to Yaiza Castilla on Tuesday. “Although we all recognize that the demand for travel worldwide is severely decimated by the situation generated by Covid-19, we cannot miss this opportunity to be the only vacation destination for those citizens who are looking for a place of sun and beach for the next months with European health standards and services ”, stressed the Minister.

In addition to controlling the level of incidence of the pandemic, Castilla has insisted once again on the need for PCR tests to be implemented at origin and destination , “not only as a measure of protection of the Canarian population, but as an element of trust in tourists and their respective governments in order to consider the Islands as safe territory “. For this, Turismo de Canarias affirms that “it is already working on a proposal that makes this measure viable between now and the winter season” and assures that “it has for the first time the involvement of the main tour operators, in addition to the offer of the Canary Islands employers “.

German tourism in the Canary Islands

The islands received 15.1 million tourists last year. Of these, the Germans are the second largest market, only preceded by the British. There are almost 2.7 million tourists, 18% of the total and 20% if only international tourists are taken into account (13.1 million) . Although they are distributed throughout the islands, they have a greater weight in Gran Canaria (24%) and, above all, in Fuerteventura, where they reach a market share of 40%. Likewise, German tourists are one of those with the highest average expenditure per trip (1,276 euros per tourist and trip compared to 1,136 euros for the average).

German tourism has a high relative weight in the Canary Islands compared to the rest of the autonomous communities of Spanish territory, with a market share of 19% compared to 13% nationally.

“The German is a very loyal tourist to the Canary Islands. They come throughout the year, but it is in the winters when they do it with greater force. It had fallen slightly after the problems of air connectivity derived from the bankruptcies of Germania and, later , Thomas Cook (Neckerman), although the Canary Islands were working hard to improve this situation “, they point out from the Ministry