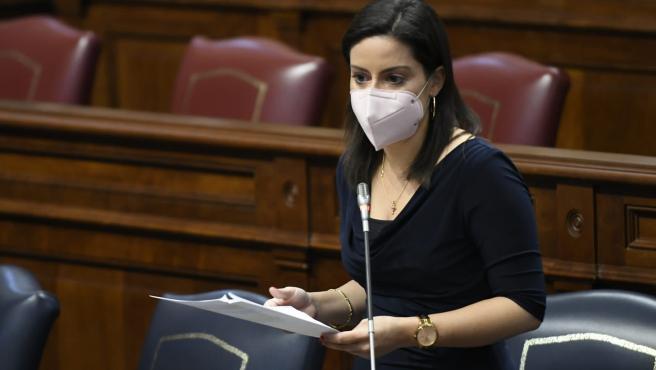 Thanks to Lancelot Digital

The Minister of Tourism, Industry and Commerce of the Government of the Canary Islands, Yaiza Castilla, warns that the decision of the United Kingdom to leave the Canary Islands out of the ‘green list’ , due to the bad epidemiological data of recent days, “is an important It stains the good image of the islands as a safe destination that has been harvesting for more than a year “and warns that it could spread, if the pandemic is not controlled,” compared to other markets. ”

In this sense, Castilla appeals “to the individual responsibility of all Canaries and Canary Islands so that the sanitary measures are strictly complied with and to be able to become part of the green list as soon as possible.”

In his opinion, “it is very frustrating that after all the effort made by the sector and the workers for more than a year, the behavior of some makes us unable to reactivate the economy and compromise the economic and social recovery of the archipelago. “.

Despite this Thursday’s decision, Yaiza Castilla highlights as positive the fact that for the first time the United Kingdom distinguishes the island territories from the continental territory.

“It is true that they keep us on the list of amber territories but we have managed to separate us from the peninsular territory, which facilitates access to the green list once we lower the epidemiological index of the entire autonomous community,” he explains, at the same time which is confident that with the effort of the entire population, the Canary Islands can improve its data.

“We have achieved it on other occasions and I sincerely believe that we can also achieve it this time,” he says.

The counselor also recalled that the United Kingdom is the main source market for tourists arriving in the Canary Islands, with almost 5 million in 2019, which represents a third of the number of tourists who visited the Canary Islands that year.

However, he exposes that it has been the pandemic and travel restrictions that have placed the United Kingdom at the bottom of the issuing markets to the Canary Islands.

From the opening of borders in July of last year to April 2021 (latest data available from Frontur), the contribution of the British issuing market has been 14%, due to the successive changes in the health classification of the United Kingdom, Spain and the islands, which has led to openings and closings of tourist flows to the Canary Islands, moreover, so far in 2021, the share of British in the Canary Islands has been 1.7%.

“They have practically disappeared from our beaches and there is not enough volume of tourists from other markets to replace them in the short term,” he said.