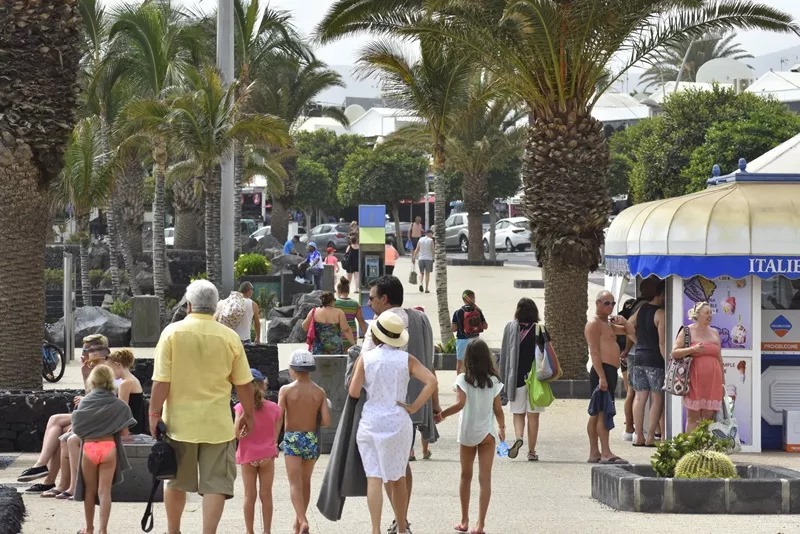 The relaxation of the restrictions imposed when traveling in the main tourist-issuing markets, as the rate of vaccination against Covid-19 in European countries has increased, has caused a notable increase in the last weeks of the influx tourism to Lanzarote, drastically reduced with the start of the pandemic.

Logically, this increase in the arrival of visitors has been matched by the increase in tourism spending during the second quarter of the year, still at levels far removed from the years prior to the pandemic but clearly improving compared to the first months of 2021.

Tourists who visited the Island between the months of April and June spent 83.4 million euros, 102% more than the tourist spending reflected during the first quarter of the year . None of the other eminently tourist islands of the Canary Islands – which accounted for an expenditure of 776 million euros as a whole – registered such a high increase, although they left more money in all tourists than in Lanzarote.

Returning to Lanzarote, tourists from the rest of the national territory were the ones who spent the most (31.8 million euros), followed by Germans (8.5 million), British (3.5 million), Dutch (2.3 million) and those from the Nordic countries (1.2 million ).

It should be clarified that the ISTAC does not offer specific figures for French tourism spending , third in importance for the Island in number of visitors in the second quarter, so it can be deduced that a significant part of the 36.7 million spending attributed to “Other countries ” corresponds to that made by French tourists.

On the other hand, the decrease in ten euros compared to the first quarter of the year in the average expenditure per tourist and day on the Island , estimated in the second quarter of 2021 at 124.4 euros – compared to 149.6 in Fuerteventura; the 130.8 from Gran Canaria; and the 129.3 of Tenerife – as published by the Data Center of the Cabildo de Lanzarote, taking as a source the Survey of Tourist Expenditure of the ISTAC.

By concepts, tourists who visited Lanzarote between April and June spent a daily average of 55.8 euros on accommodation; 26.8 euros in national or international transport; 18.7 euros in food; 10.6 euros in local transport; 6.3 euros in recreation, culture and sports activities; 4.3 euros in purchases; and 1.8 euros in other expenses .