Turismo Lanzarote returns from London pleased by the connectivity with Europe 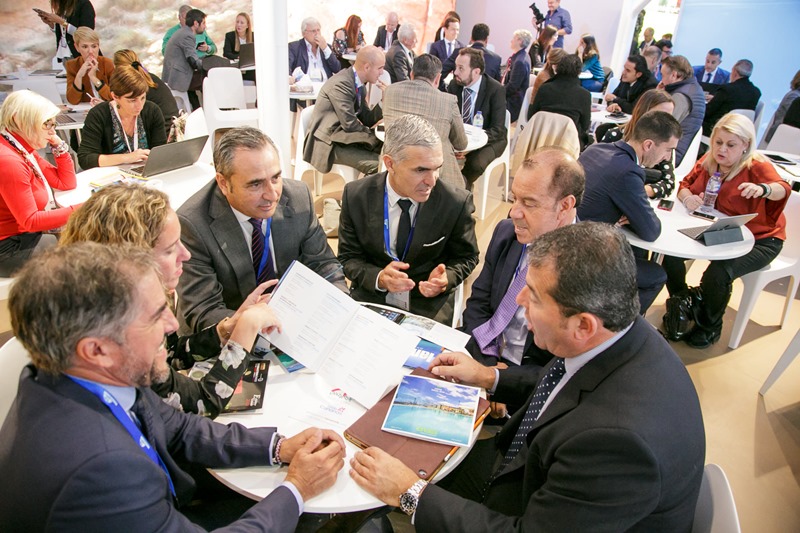 If the 2018 World Travel Market started with good prospects, with an 8.2% increase in air bookings with the British market, the team of the Lanzarote Foreign Promotion Society (SPEL-Turismo Lanzarote) transferred to London ended on Tuesday two intense days of work and more than 20 meetings “that have been quite satisfactory because we have been able to confirm that this winter there will be a considerable improvement in connectivity with the European continent,” says the Councilor for Tourism Promotion of the Cabildo, Ángel Vázquez (PP).

Especially noteworthy is the increase of 27% of the bookings of airplanes with Germany, our second source of tourism after the United Kingdom. “Lanzarote is the island of the Canary Islands where the greatest percentage of increase occurs in the connectivity with the Teutonic country, one of the closest to our destination,” he says.

According to Ángel Vázquez, “this important reinforcement of the connections, both in frequencies and in increasing destinations, indicates that Lanzarote is a consolidated destination that continues to generate confidence among the major European tour operators, regardless of the recent opening of other competing markets” . For the counselor, “it demonstrates the specific weight that the island has in its business strategies, as they bet a priori on our destination, waiting for seat reservations to obtain a good response from tourists in the issuing markets.”

In fact, most of the meetings and appointments that the Lanzarote Tourism team , led by its managing director Héctor Fernández, have held in this 39th edition of which is considered one of the three most important tourism fairs in the world, has been with the big tour operators and the main companies that operate in European airspace, responsible for the improvement that the connections between the Lanzarote Airport and different destinations in Europe will experience.

Although most of them registered increases in their reservations of seats with the Island of the Volcanoes, the case of British Airways stands out, which has increased by 25% its reserves of slots in the Lanzarote airport for this winter and will increase its air traffic with Gatwick until reaching seven weekly connections at different times of the season. Ángel Vázquez stresses “the importance for the island of the increase in frequencies of British Airways, which has become an important partner (commercial ally) of the Promotion Entity, given that the expense at the destination of the tourist who travels with this airline , deeply rooted in British society, is usually higher than average. “

Also, as was already announced yesterday, easyJet, with which a major co-marketing agreement has been signed within the framework of this fair, has opened three new routes connecting Lanzarote with Venice, Manchester and Berlin-Schönefeld, so that At present, this low cost company reaches a total of thirteen routes between the island and the Continent. “This is very good news given that it is one of the most dynamic and interesting airlines in the European air context, as well as being a close partner of Turismo Lanzarote”, adds the counselor.

On the other hand, as a striking fact, in the case of Germany is the rise of more than 300% of the reserves of seats that Eurowings has made, the low-cost airline of the Lufthansa Group, which will incorporate this winter four new routes with Lanzarote , from the airports of Stuttgart, Hamburg, Cologne and Berlin Tegel.

Also, SPEL-Tourism Lanzarote has focused another important part of the scheduled appointments in this edition of the British fair in the strategy that continues to develop positioning of the destination within the fabric of online marketing, without a doubt, one of the fields with the highest growth offers the sector for the advantages offered by the internet and new technologies applied to tourism. In fact, after having held two meetings yesterday with the British travel online travel platforms Travel Republic and the Spanish Logitravel, the day began today with a working breakfast with one of the most important British online groups, On the Beach, and this afternoon the insular promotion entity showed the benefits of our destination to the French tourist group Karavel,

Great reception of the gastronomic product among tourist agents

The Tourism Promotion Advisor, Ángel Vázquez, indicates that “during this fair a strategy has been reinforced that is giving good results, not only aimed at the diversification of markets, but also aimed at qualifying our destination, looking for a tourist who does not doubt to increase spending in a destination that offers experiences and provides a different plus, with the offer of specific tourism products. “This year, he adds, has highlighted the gastronomic product, through Saborea Lanzarote, which we have made known and It has been very well received in all the meetings we have hel