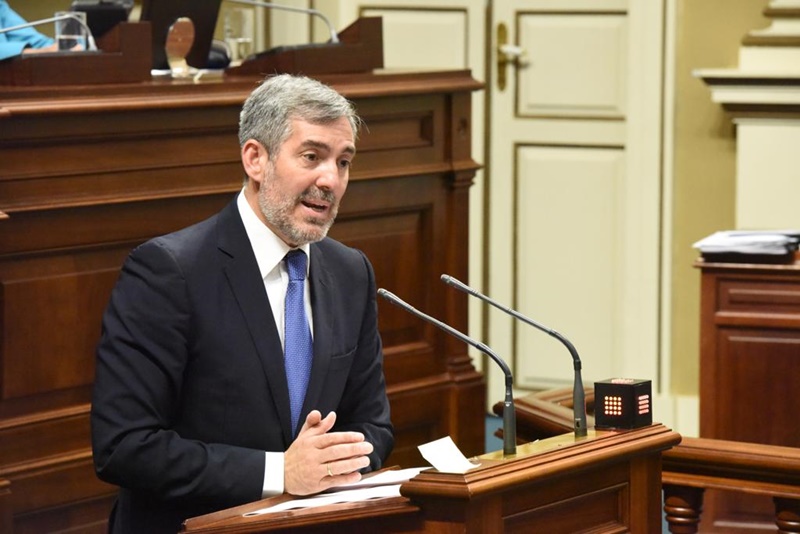 This morning the senator of the Canary Coalition, Fernando Clavijo and the nationalist spokesperson, María Fernández, are broadcasting a live press conference on the social network Facebook to request an urgent rescue plan for the islands​, and as just published the article below.​

​​Germany already thinks of the Canary Islands for Easter

The Canary Islands tourism sector, in general, and Lanzarote in particular, consider the winter season lost and are already thinking about summer 2020, however, there is the possibility that German tourism will reach the islands earlier. At least, that is what they want and plan, as long as the vaccination campaign goes as planned. In fact, the president of the German Federation of Tourism Associations (DRV), Norbert Fiebig, is shown, in an interview published this Monday in the German newspaper Tagesspiegel, optimistic even ahead of the Easter holidays in Spain.

Fiebig assumes that this summer tourists from Germany -the second largest source market for Spain- will be able to return to Mallorca -thanks to the success of the vaccination campaign- and that even this Easter they can travel to the Canary Islands , although “with quarantine on the way back”. “I take it for granted that in summer Greece, Spain and Turkey will be in high demand,” he adds.

In a similar line, although somewhat more cautious, the German Government Commissioner for Tourism, Thomas Bareiß, also positioned himself in an interview this Monday on the television channel ntv. “I think traveling is going to be difficult to imagine in the next two or three months,” says Bareiß, who nevertheless considers that from May the situation will be “again better”. “I hope that summer will be a long period to travel,” adds the Commissioner for Tourism, although he acknowledges that 2021 will be a “very extraordinary” year for the tourism sector as a whole.

Fiebig also criticizes the new restrictions on public life and economic activity that came into force in Germany on Monday to stop the spread of the pandemic.

And he dismisses the sector as “poison” and a “de facto travel ban” the new measure that requires a double test for travelers returning from risk areas: the first 48 hours before flying (or immediately after) and the second, after at least five days of mandatory quarantine.

He believes that the “desire to travel” is there, especially among the many Germans who last year decided not to spend the summer at all – especially beyond their borders – because of the pandemic. “I expect a great recovery as soon as it is possible to travel under reasonable conditions again,” he says.

In his opinion, the tests -both the PCR and the rapid ones- are preferable to quarantines and vaccinated, for the moment and until there are more medical certainties, they should not obtain privileges when traveling.