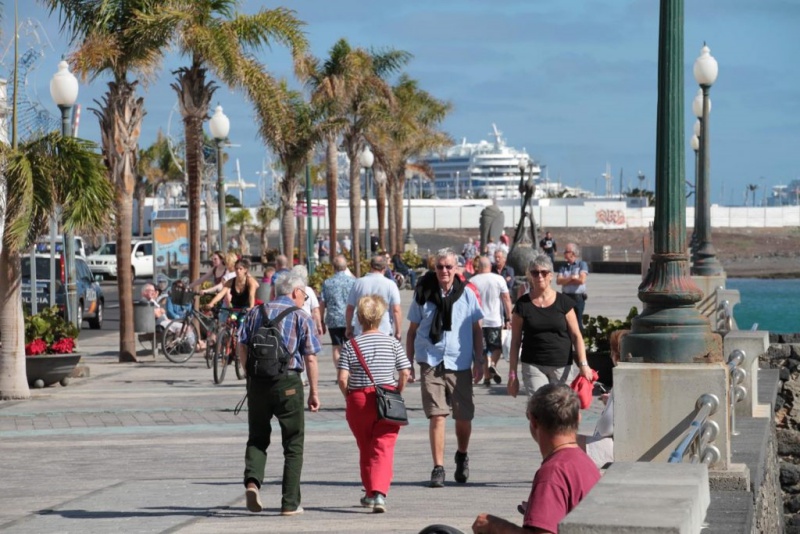 Following this latest announcement we are trying to find places in the UK that can offer the Antigen test at a reasonable cost, when we have any further information we shall share it with you. The rapid tests can still be done here at the clinics in Playa Blanca and Costa Teguise at a cost of around €35.

A negative test to access tourist establishments in the Canary Islands

The cost of the tests will be borne by the tourists themselves and, if they are infected on the islands, it will be assumed by an insurance policy of the regional Executive

The Government of the Canary Islands approved this Thursday a decree law by which it becomes the first autonomous community that requires tourists to present a diagnostic test for covid-19 with a negative result in order to stay in a tourist establishment on the islands. It is a very relevant step forward to guarantee the safety of the islands, although still insufficient according to the tourism sector .

The President of the Canary Islands, Ángel Víctor Torres, and the Minister of Tourism, Yaiza Castilla, explained in a press conference the content of this decree, which must be validated by the Parliament of the Canary Islands, and which obliges foreign or national tourists to want to stay in a regulated tourist establishment on the islands to provide a negative test carried out 72 hours before.

Torres has said that it is a regulation that is unprecedented and with which it is intended to guarantee the health and economic security of the sector, while reminding that the incidence of the pandemic in the Canary Islands is the most favorable in the entire country.

The president explained that all tourists who want to stay in an establishment on the islands must necessarily provide a negative covid-19 test and, if they do not have it, they will have to do it immediately.

It is also established as an obligation that visitors have the Radar-Covid application on their mobile phones until at least fifteen days after leaving the islands.

As for residents of the Canary Islands, if they want to access these tourist establishments, they must prove that they have not left the islands in the last fifteen days, Torres pointed out

The Minister of Tourism has affirmed that the cost of the tests will be borne by the tourist and, in the event of contagion during their stay on the islands, it will be covered by the collective insurance policy signed by the Government of the Canary Islands with the Axa company for months.

In his opinion, it is a very important decree law because it represents another step to recover tourist flows of foreigners and nationals during the winter season.

He recalled that last year 15.1 million tourists visited the Canary Islands and 80 percent stayed in regulated establishments so, he said, the mandatory nature of the test to access them is not the perfect formula, but it is the only feasible one. within the powers of the autonomous community for the protection of tourists, residents and the economy.

To this measure, the counselor added, others will join for the reactivation of the tourism sector and employment and has indicated that from her department, measures have been implemented in the Reactiva Plan, in the Canarias Fortaleza program and in the Tourist Safety Laboratory .

Castilla has asserted that the Canary Islands have managed to be one of the safest tourist destinations in the world, but this position must be maintained.

He explained that the responsibility of the establishments is limited to requiring the certification of tourists and providing them with information about where they can perform the tests, which in the decree law are called as the active infection diagnostic test since the health authorities will be the ones who will decide at all times which is the right one.

Castilla has added that companies must inform customers in advance about the mandatory nature of the test, they must have its acceptance and a transitional period of ten days is established from the publication of the decree law until its entry into force.

Through this decree law, the Canarian Government, as explained by its Minister of Tourism, modifies the Law of Tourism in the Canary Islands and the Law of Classified Activities in order to regulate the right of admission and access to tourist accommodation establishments .