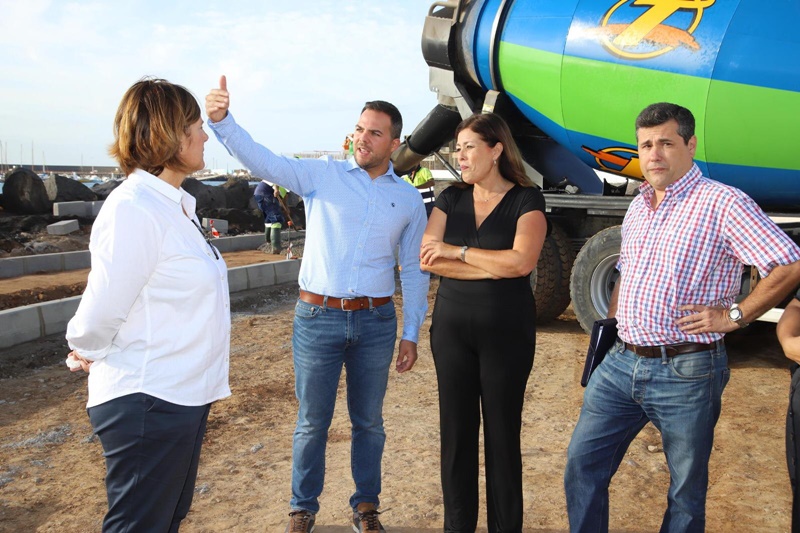 Works are already underway on the promenade that connects Puerto Naos with the Charco de San Ginés in Arrecife, in its section II . From the Cabildo de Lanzarote, through the Public Works area, managed by Jacobo Medina (PP), this new phase of the walk that runs through the seafront of Arrecife has been given a boost.

The Minister of Public Works, accompanied by the mayor of Arrecife, Astrid Pérez, have supervised the start of these works that have been awarded to the company Hormigones Insulares, SL and “that have a total investment of more than 616,000 euros, financed in 20% for the Cabildo de Lanzarote and 80% of FEDER Funds “, as Jacobo Medina explains in a statement.

The Minister of Public Works emphasizes that “the works consist of the construction of a walkway for pedestrians and cyclists with a variable width, between 5 and 15 meters, which will run along the sea side from the Fishing School to the Paseo de los cruise passengers in Puerto Naos , thus connecting the rides that already exist in this area. “ 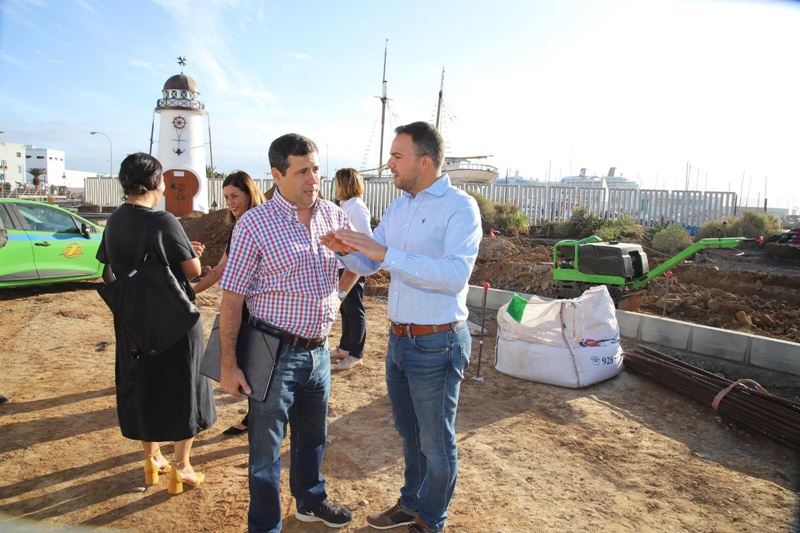 The work, whose execution period is approximately 9 months , also includes a parking area on the opposite side of the promenade , specifically, between the roundabout of Puerto Naos and the end of the bike lane. In addition, the new promenade will be fully integrated with the monument ‘Homage to the man of the sea’ where landscaping areas will be built to beautify the surroundings. The works will be finished off with the placement of street furniture and luminaires, thus giving continuity to section I of this walk.

The mayor of Arrecife, Astrid Pérez, has been very satisfied with the development of these works that “give continuity to a beautiful walk in front of the sea in the capital that can be used by both pedestrians and cyclists.” “The right steps are being taken so that Arrecife really becomes a modern city, open to the sea and with the right conditions to enjoy it to the fullest,” Pérez concluded.

Finally, from the Public Works area of ​​the Cabildo de Lanzarote, users of this route are requested to circulate with caution respecting the provisional signaling and those authorized deviations, while asking that they know how to excuse the inconvenience caused by said works.