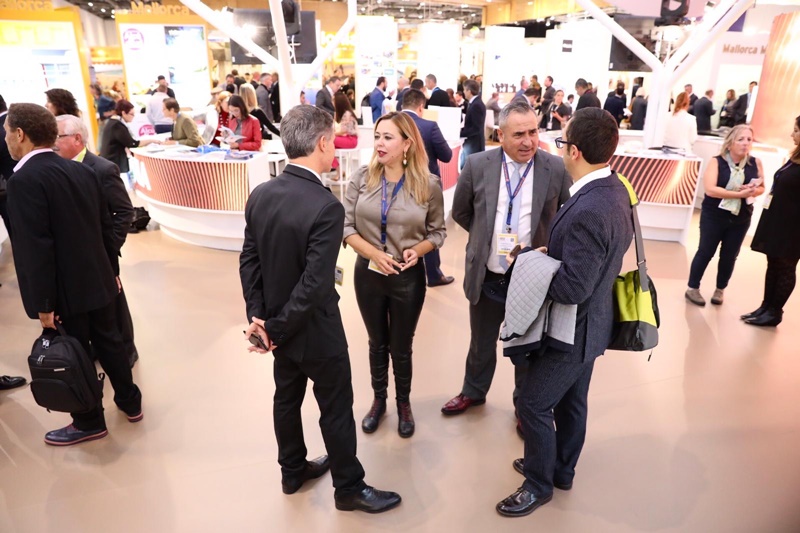 The president of the Cabildo de Lanzarote, Dolores Corujo, and the Island Tourism Promotion Advisor, Ángel Vázquez, held a meeting at the highest level on Tuesday with high-ranking officials of Jet2 in which they closed an increase of almost 56,000 places for this Anglo-Saxon winter, 16,000 more than initially planned by the British operator.

In this way Jet2, become one of the first tour operators in the British industry, will go from offering 163,471 places to 219,407, that is to say 34.2% more, which means that it will absorb almost 50% of the lost places with the Kingdom United, after the collapse of Thomas Cook. Good news that also joins the announcement made by two other important air operators, TUI RU (United Kingdom) and EasyJet, which are also planning an increase in seats.

The Lanzarote delegation moved to London culminated on Tuesday the 40th edition of the World Travel Market 2019 and according to the president of the Cabildo, Dolores Corujo, “with hopeful expectations and the finding that Lanzarote is a unique destination in the world, differentiated, unique, with an exceptional place and consolidated in the competitive international tourist market “. 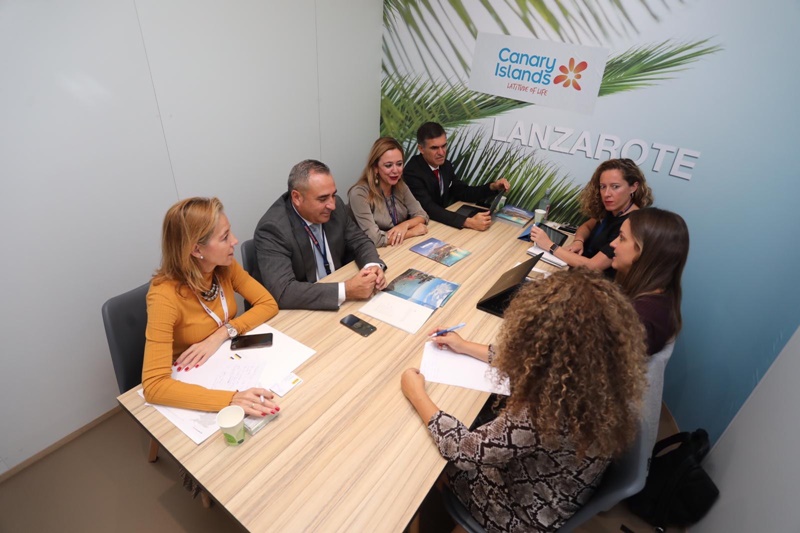 On the other hand, Ángel Vázquez has indicated that “it has been two intense days of work in which we have designed an agenda precisely and we have met with 9 of the 10 most powerful operators and main protagonists of the British tourism market.” The effort of the Lanzarote delegation, “adds the advisor in a press release,” has focused on trying to recover the airplanes left by British operator Thomas Cook, so that the necessary connectivity can be covered to respond to the great demand that certainly exists. “

Keep in mind that Lanzarote recorded last September, an increase in British tourism of 2%, despite Thomas Cook being out of operation for a week last month. In fact, it was the only Canary island in which the arrival of visitors from the United Kingdom increased , which shows, in the opinion of the counselor, “the attraction and affection that British tourism continues to show for our destination.” In the accumulated of the first nine months of this year (from January to September) the increase in Anglo-Saxon tourism was 4.6%, compared to the same period of the previous year. 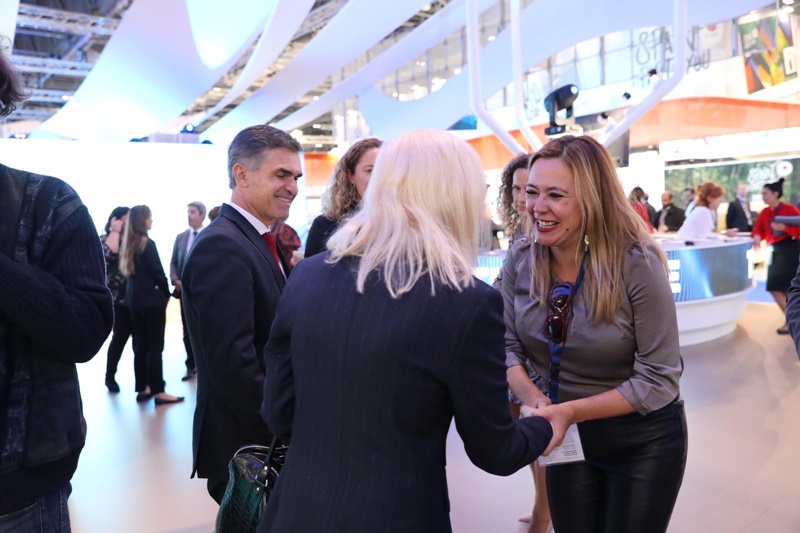 In this sense, the Insular Promotion Agency team, for the first time, has initiated promotional contacts with Travel Republic, one of the OTAs (Online Travel Agency) belonging to the top ten of the British tourism industry, for the first time Incorporate it into your network of collaborators. 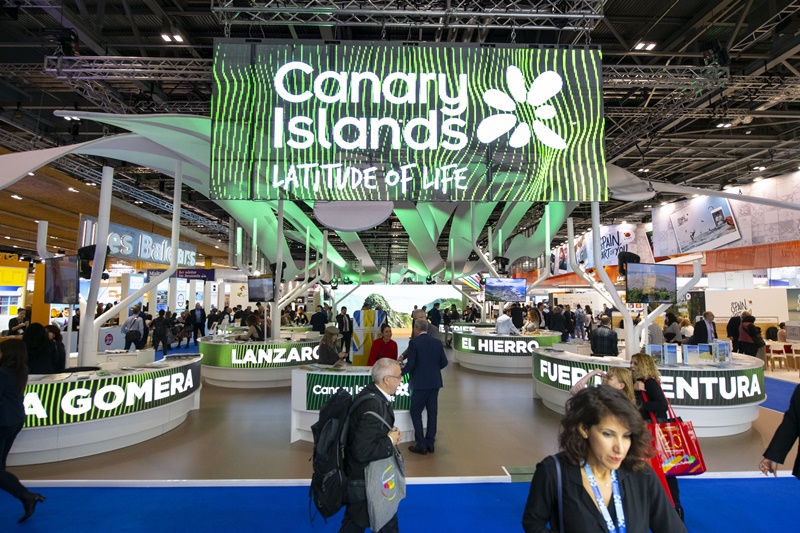 Likewise, senior officials of the British flag company, British Airways, whose client traditionally responds to a higher-end profile, informed the Lanzarote delegation that next summer they will increase their aerial seats with Lanzarote by 5 to 10%. SPEL plans to sign marketing agreements with its operator, British Airways Holidays, which has been experiencing upward growth to the point of becoming the 5th in Great Britain.

Another of the good news of the fair, has come from the hand of TUI Nederlands, which has announced that it will increase by 40% the aerial seats with Lanzarote for this winter. The Netherlands has been one of the central objectives to be covered in the WTM by the Insular Entity promotion team, being the fifth market for the island and one of the most affected by the sinking of Thomas Cook. Tourism Lanzarote and TUI NL plan to sign an important promotional agreement at the next FITUR fair to support the outstanding connectivity commitment made by the Dutch tour operator. 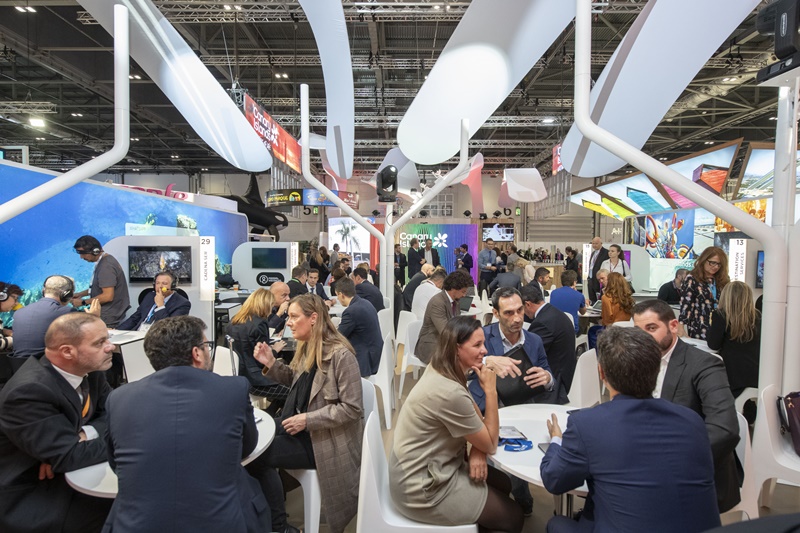 Along the same lines, the meeting held with Sanoma, a powerful Dutch communication group, with great diversity and segmentation of magazines and publications, has just taken place, which has just created a tourism division. With this group, contacts have been initiated aimed at developing promotional actions focused specifically on the tourist products that the island has, as well as the possibility of organizing specific events for the same purpose, in the search for a very interesting client for the island by Your highest level of spending.

Within the strategy of market diversification in order to reduce the dependence of the British, it is necessary to highlight the commitment made by the Insular Entity for the promotion of the countries of Southern Europe, markets related to our destination and that are characterized by higher spending . Among them is the French market, whose main tour operator with difference in Lanzarote is the French group Thalasso nº1-Ôvoyages, announced that it will close the year 2019 with a 5% growth and estimates the same percentage of increase for the whole of 2020.

Barrhead Travel, the first Scottish tour operator, which has Jet2 and TUI as aerial collaborators, announced a slight improvement in its outlook towards the island, while Polish tour operator Itaka confirmed to the Lanzarote delegation an increase of 37% of places for 2020

With Ireland, erected in second market in importance for the island so far in 2019, Sunway, the main operator in Lanzarote, announced that for this same winter season it once again takes up the weekly connection with the Knock airport, which is added to the routes you currently have with Cork, Shannon and Dublin. This Irish operator will also maintain with the island next summer the only charter flight it has in the Canary Islands.