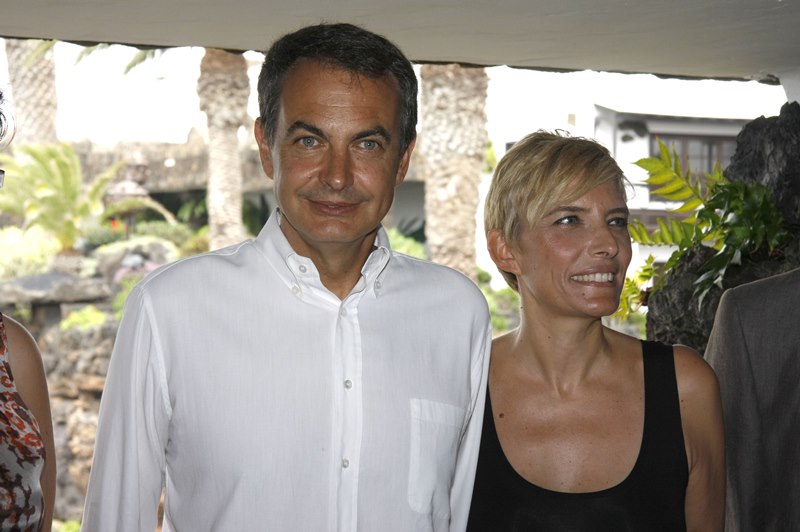 The former president of the Spanish Government, José Luis Rodríguez Zapatero, has again chosen Lanzarote to spend his summer vacation. According to the Facebook profile of Isla Sin Corrupción, Zapatero has been on the island since last Friday.

One more year the former Spanish president has chosen to stay in the area of ​​Caleta de Famara, specifically in the urbanization Island Homes, popularly known as The Norwegians.

As it has been published, the Socialist leader has purchased an apartment in the area, thus fulfilling one of his wishes, since his desire to take possession of a house on the island where to spend rest periods was known. In fact, in May 2012 Rodríguez Zapatero visited several houses that were for sale with the intention of becoming the owner of one, due to his intention to continue visiting the island, as it has been.

More than Zapatero, his wife “fell in love” with the island when she first came to the Mareta del Estado in Costa Teguise accompanied by José Luis Rodríguez Zapatero, at that time president of the Government of Spain. The woman is fond of diving and feels trapped by the volcanic magic of the island.

It should be remembered that in his regular visits to the island, who also was Secretary General of the PSOE, went last summer to cut his hair at the Paul Barber Shop, owned by Pablo Eugenio Reyes, ex-militant of the Lanzarote PSOE, as he himself has explained. Later, and as a citizen, he toured part of the capital with his wife.